Corona Babble. Not Babble as in B-A-B-B-L-E, rather B-A-B-E-L as in the Tower of Babel (or ba-bel if you prefer Webster’s alternate pronunciation).

Could the corona-virus known as COVID-19 be our era’s Tower of Babble, Ba-bel?
In this time of non-stop virus news and the ever divisive social commentary of: he said, she said, they’re stupid, the Great Cessation of our economic world, and the severity of the shutdowns at least we've enabled, lots of time for contemplation and discussion.

In one recent discussion, a dear friend said, “what if this whole thing, the virus and the shutdown, is simply God’s way of blowing the whistle and yelling “everyone out of the pool NOW!”

That comment led me to ponder whether this moment in history could be our Tower of Babel moment.

Do you remember the ancient telling from the book of Genesis?

After the flood, the people, who all spoke the same language at that time, were told to spread out across the globe to repopulate it.

However, when the people came to modern-day Iraq, they looked around and decided they liked it. They said “Come, let’s build ourselves a single spectacular city and a tower that reaches all the way into Heaven itself. Let’s make ourselves famous.”

Like us, our ancient ancestors were also prone to the temptations of wealth, honor, power and pleasure!

As the people got underway building their dream, God took one look and said, “no telling what they’ll come up with next - they’ll stop at nothing! I’ll garble their speech so they won’t understand one another and then they’ll be forced to scatter across the globe and repopulate with their new and varied languages”.
And just like that, the people could no longer understand one another. It became, he said, she said, they’re stupid. They had to quit building their city and their tower. The spot became known as the Tower of Babel because that’s where God turned their language into babble.

Now, fast forward to today in the year 2020. We number nearly 8 billion people on this globe. It’s safe to say we have repopulated and then some.

While we still speak a wide variety of languages, the truth is that the number of languages in use are actually declining, and English has become the universal language of business. I traveled the globe on business for years, and English was all I could ever muster, and yet it worked.

Many will argue that business itself has become our focus, our Tower of Business, lifting people up while sometimes pushing others down.

There’s ongoing talk of a single world leadership and a single world economy. An economy valued at roughly $80 trillion, of which the USA represents $23 trillion annually.
Who even understands such numbers?
The truth is, as a people, we’re increasingly lonely, but we’re hyper-connected via the always-on, social media platforms enabling us to seek fame and fortune; how many followers do you have? No one liked that post. YouTube pays for silly videos if they go viral! Now there’s a word - viral - that sounds different today doesn’t it?

And of course, there’s the ongoing Trump memes… “You are a great, great Mom. Really terrific. Very beautiful. Really fantastic. Other Moms? Total disasters! Everyone agrees. Believe me.

Yep, we appear to be in full wealth, honor, power, & pleasure pursuit.

Then this virus shows up, intentional or not, more contagious or not, more deadly or not, it’s reached around the globe without doubt, leaving concentrated pockets of rampaging damage.

And all of our tower of business work comes to a screeching halt. The whistle has been blown and God has ordered everyone out of the pool, right now.

Like little kids, begrudgingly, we comply. For a while anyways. Now we want back in. But can we re-enter, will we understand one another again, or has our tower of babble story concluded.

My Mom, when sending me to stand in a corner (social distancing old-style) for some childhood crime I may or may not have committed, would often say, “and you’ll stand there until you’ve learned your lesson”. Often, I pondered what lesson I was supposed to learn. Without doubt, I knew I didn’t want to stand in the corner anymore.

So, now I’m out of the pool, standing in the corner. Is this our Tower of Babel moment? I don’t know. I just know I don’t want to stand here anymore.

Please God, give us the wisdom and the courage to follow the proper path forward through all this Corona Babble.

A Most Beautiful Church

When traveling, I've always enjoyed the majesty and mystery of the many churches built throughout history; soaring arches and ceilings, carefully considered lighting in... 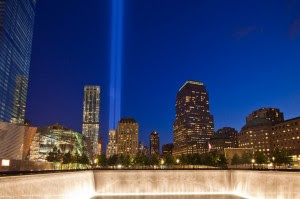 Taming the Violence of Faith

"The world today is not so gay. Fighting and bickering all the way. Who knows when war may start and tear this mad old world apart? Some men fight to show their might;...